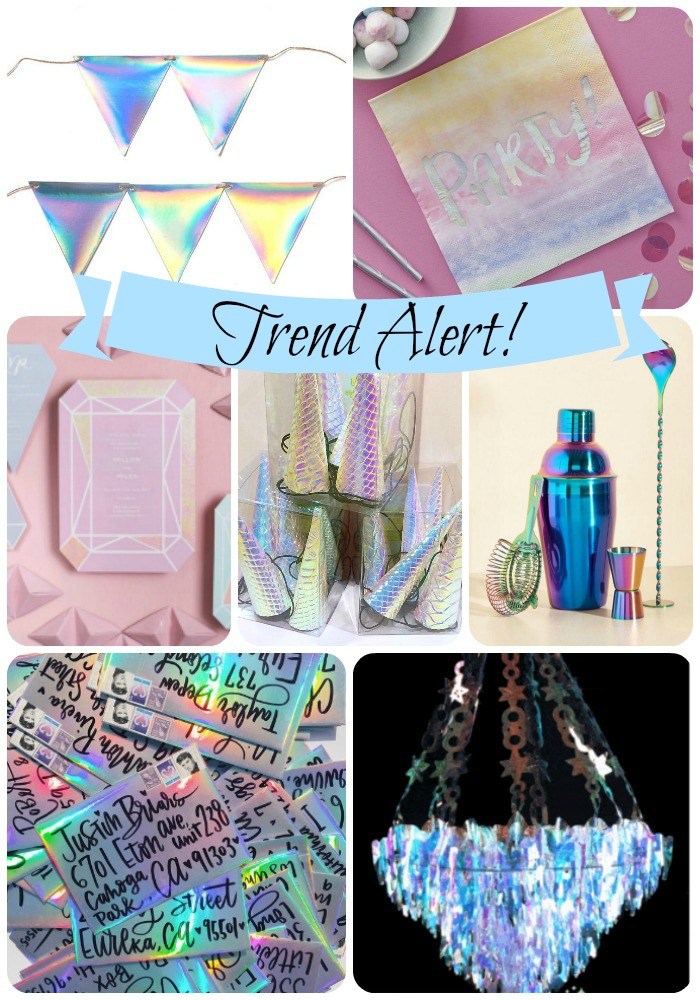 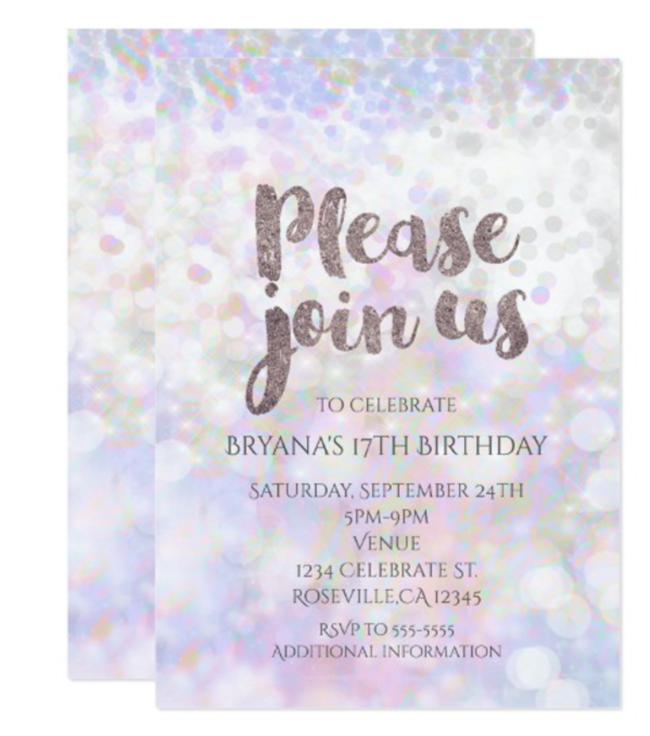 {We just love this iridescent/hologram invitation from Zazzle. Perfect way to invite someone to your trendy themed party!} 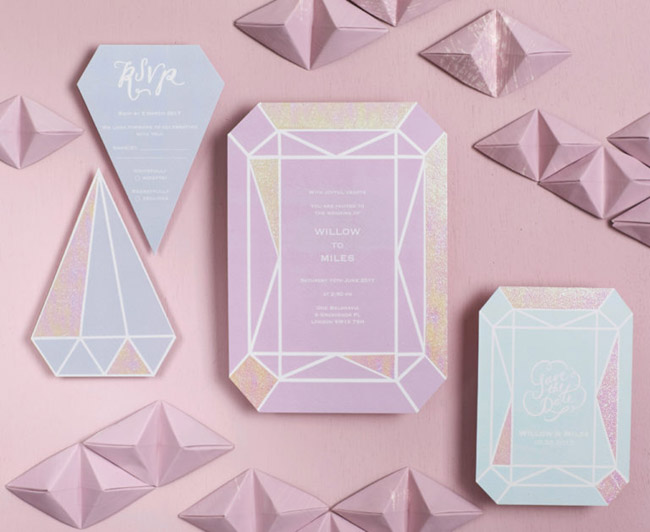 {This whole iridescent invitation set from Oh So Beautiful Paper is amazingly lovely!} 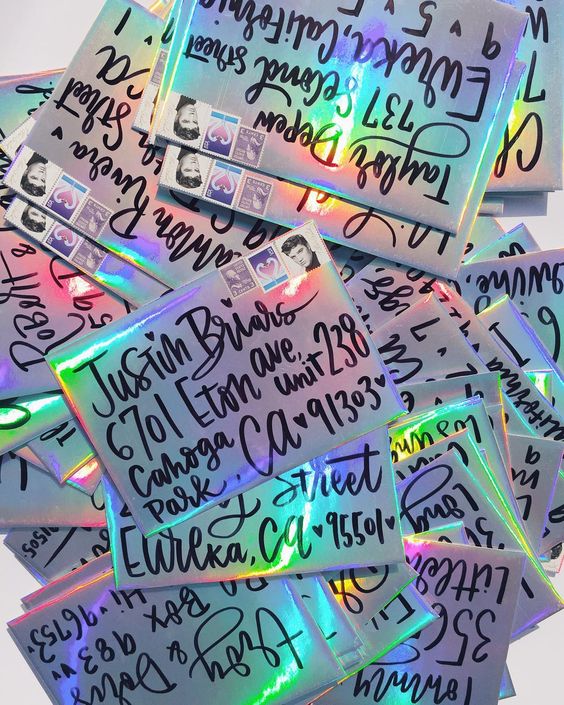 {Iridescent and holographic envelopes?! Seriously the cutest and perfect for this party theme!} 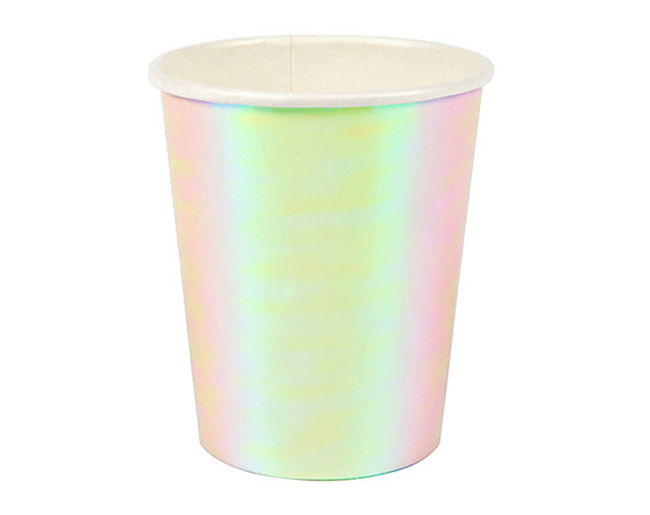 {Now we are getting to all of the fun details of iridescent and holographic parties! These cups are simply amazing from Paperboy Party on Etsy!} 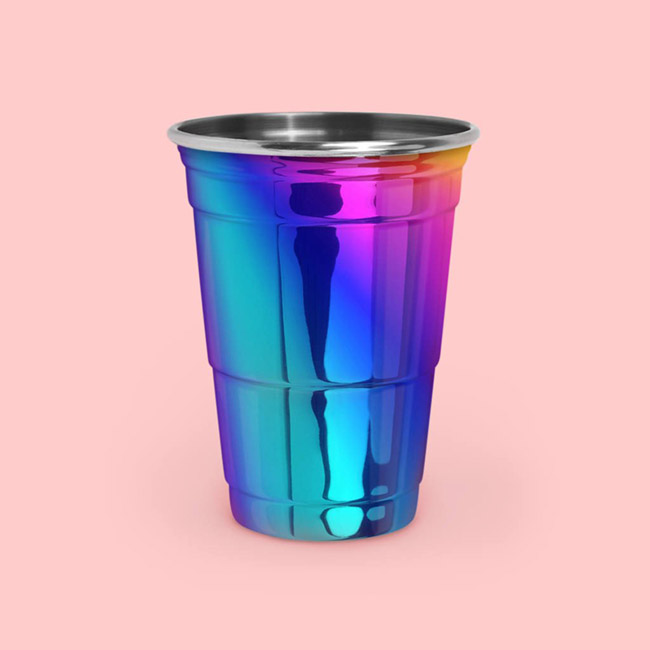 {Here is another seriously fun holographic rainbow cup from Banbo. Could you imagine the pics you could take with this?!} 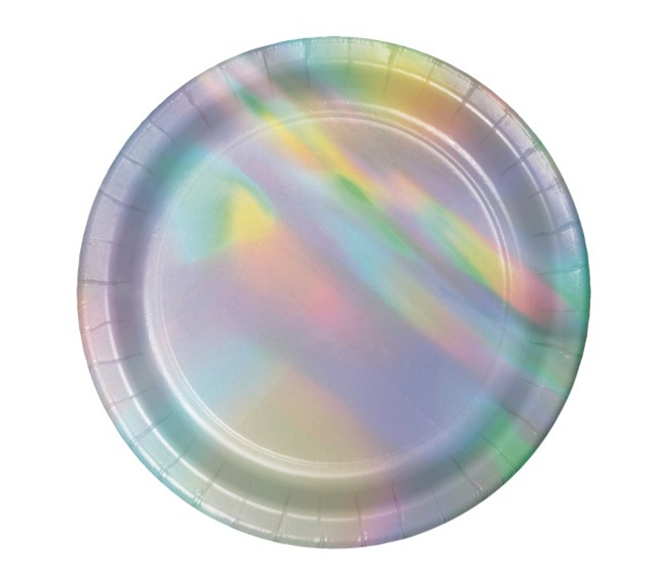 {Look how lovely iridescent looks on party plates! Love this look and this party supply from Target.} 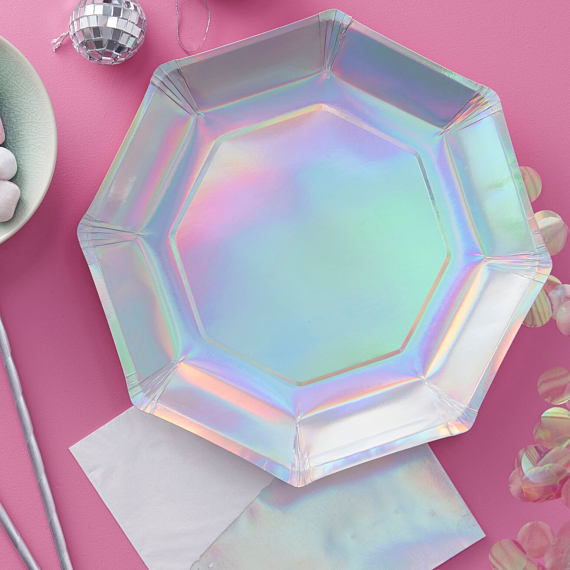 {Here are some more lovely iridescent holographic party plates that we love from The Sweet Party Shop on Etsy!} 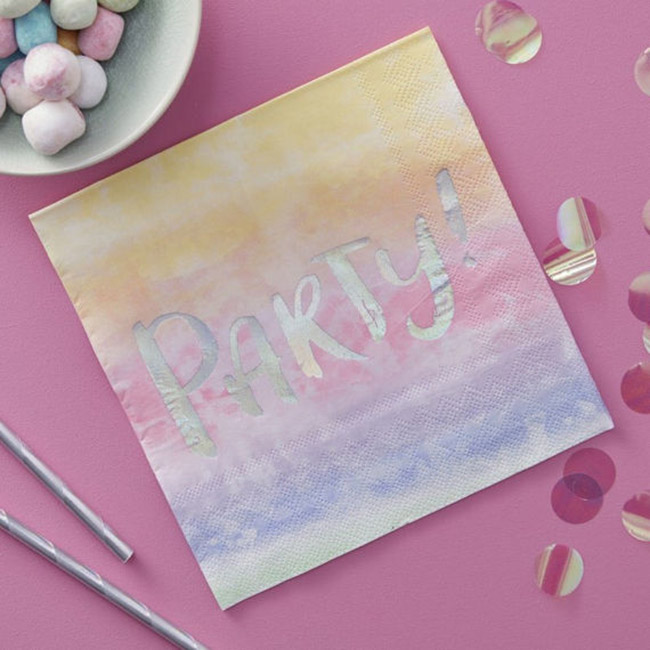 {Iridescent holographic details can even be on party napkins! Look how darling these are from by Jossa.} 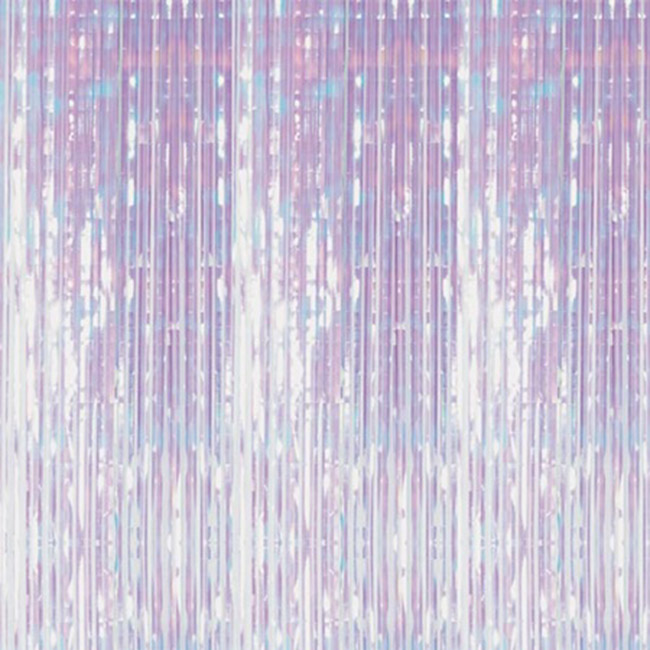 {This iridescent curtain is a perfect backdrop for a dessert of food table from Promnite!} 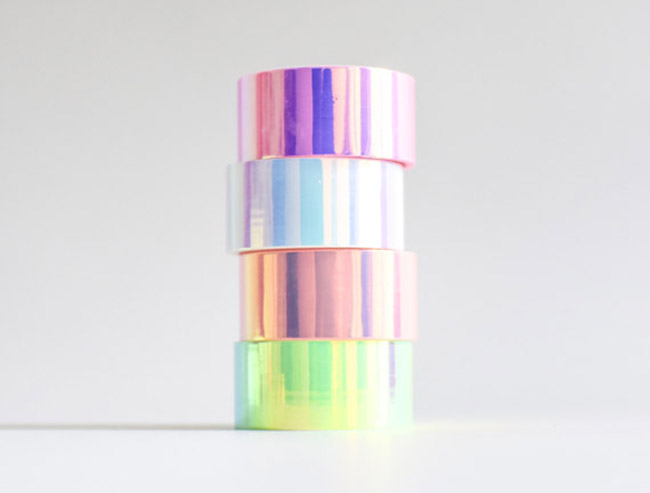 {Washi tape has so many uses! Flag straws, vase decor, adding flair to just about anything. We love this iridescent holographic combo from Mighty Paper Shop.} 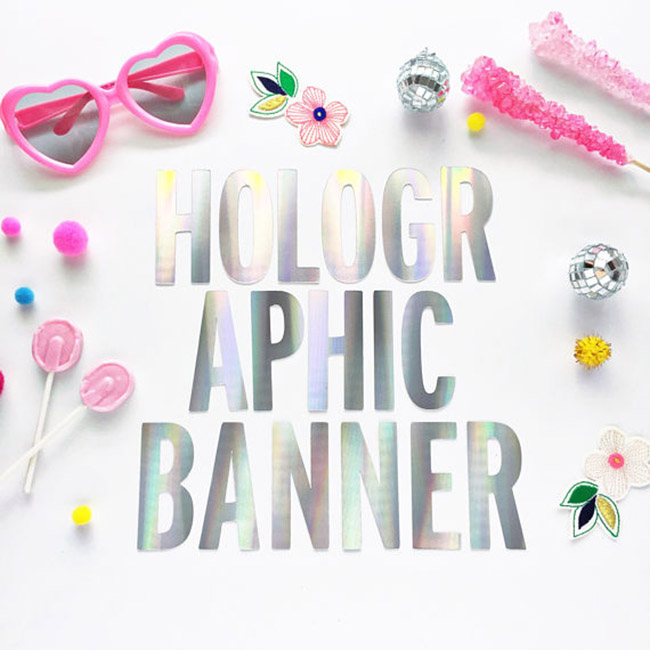 {Even banners come in holographic material! Get yours custom made from Dixie and Twine on Etsy!} 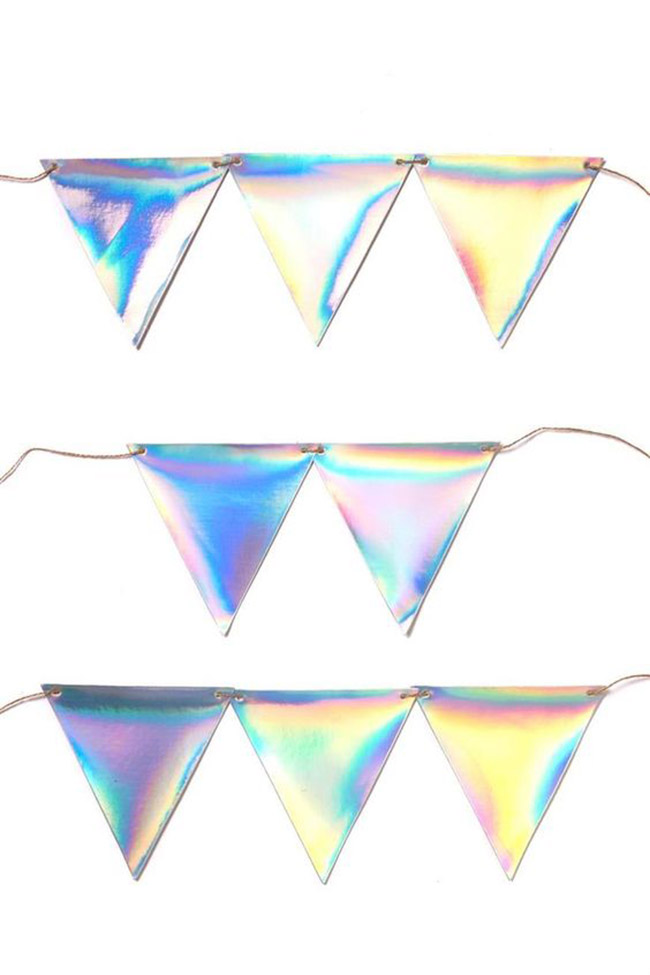 {This flag banner is also adorable in the iridescent holographic material. Easy DIY too!} 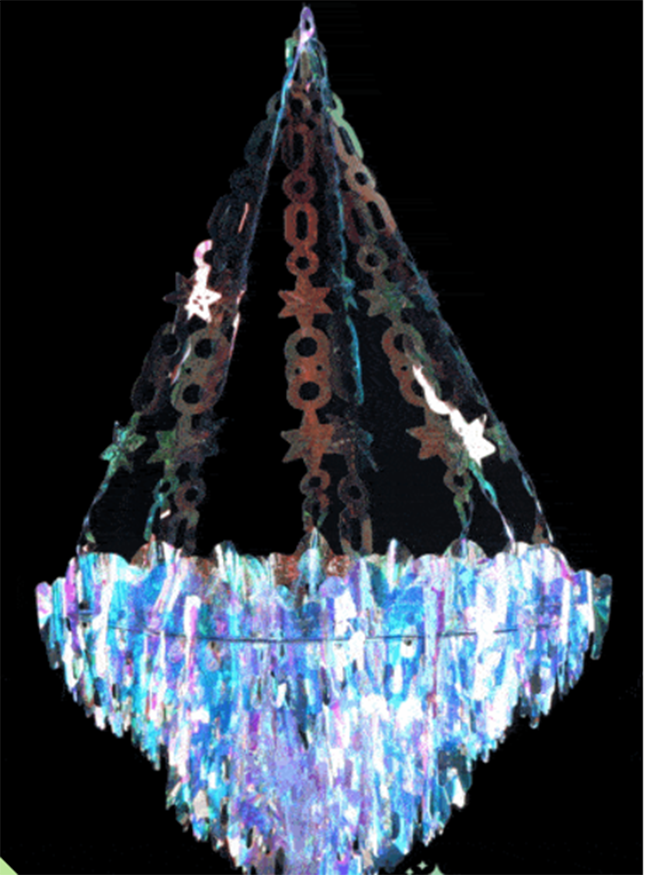 {We are GAGA over this iridescent holographic chandelier as a show stopping party decor piece from Shop Wild Things.} 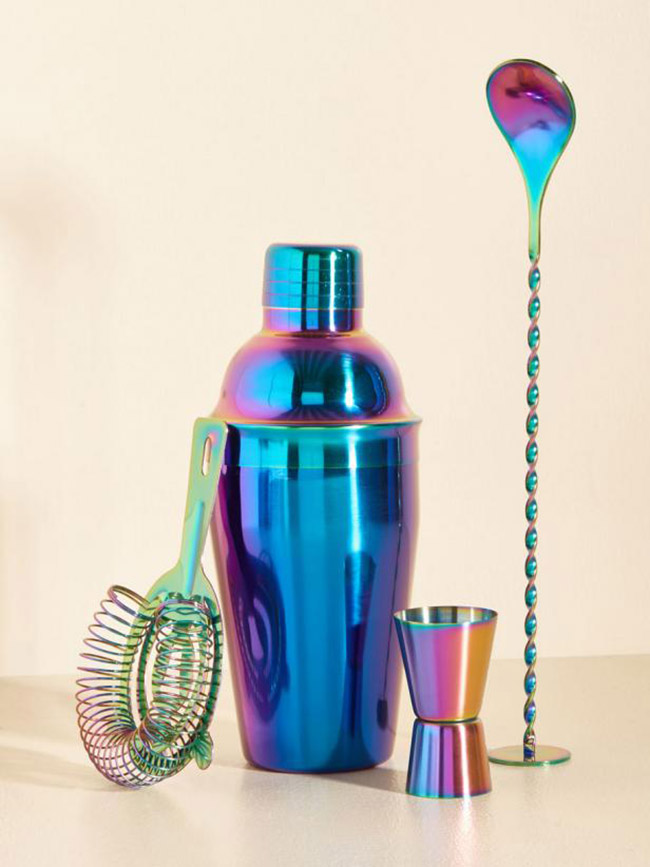 {Even your bar can be ready for this iridescent trend! Check out this cool bar kit we spotted on HGTV.} 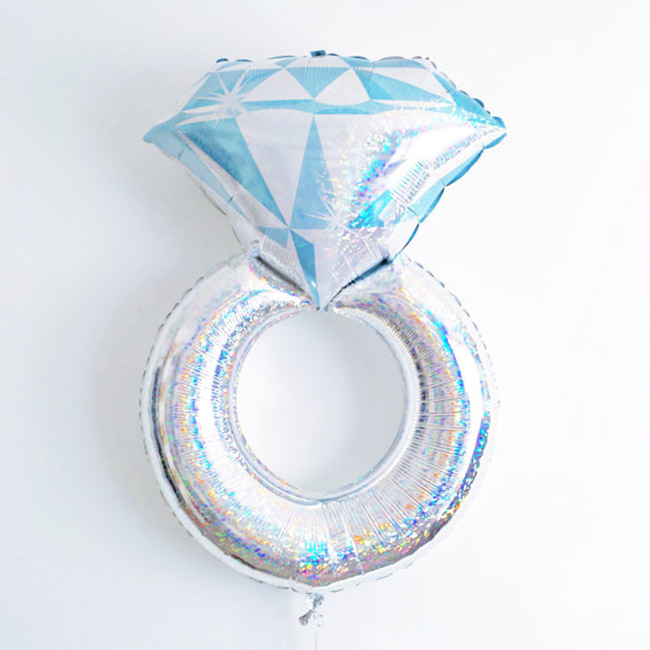 {Yup, they even have shaped ballons in this lovely party trend! Get this darling holographic engagement ring balloon from Steph Shives Studio on Etsy.} 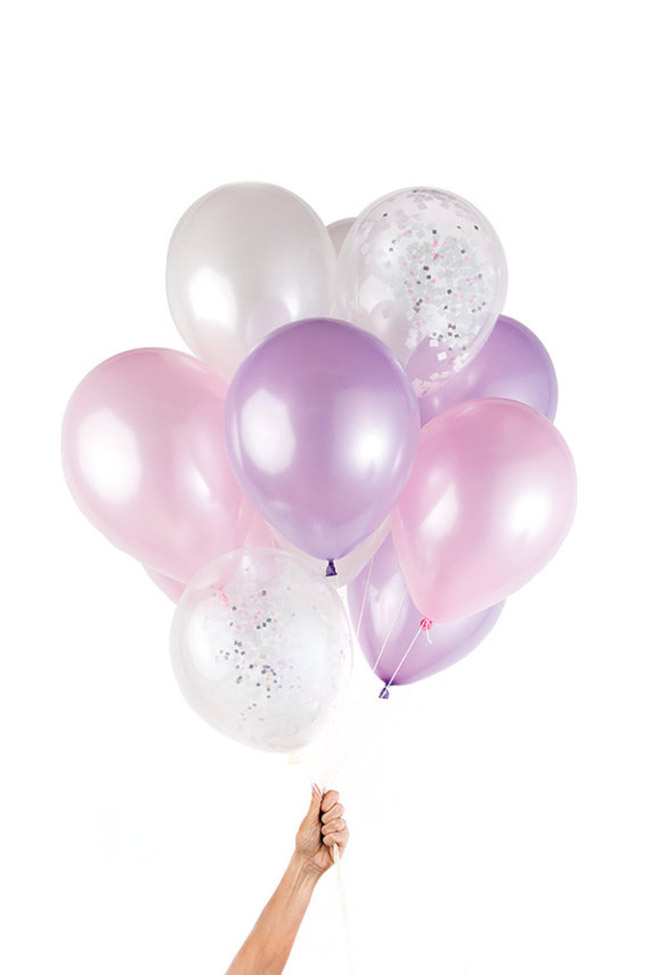 {Here are some more iridescent balloons with holographic confetti that are too cute from Knot & Bow.} 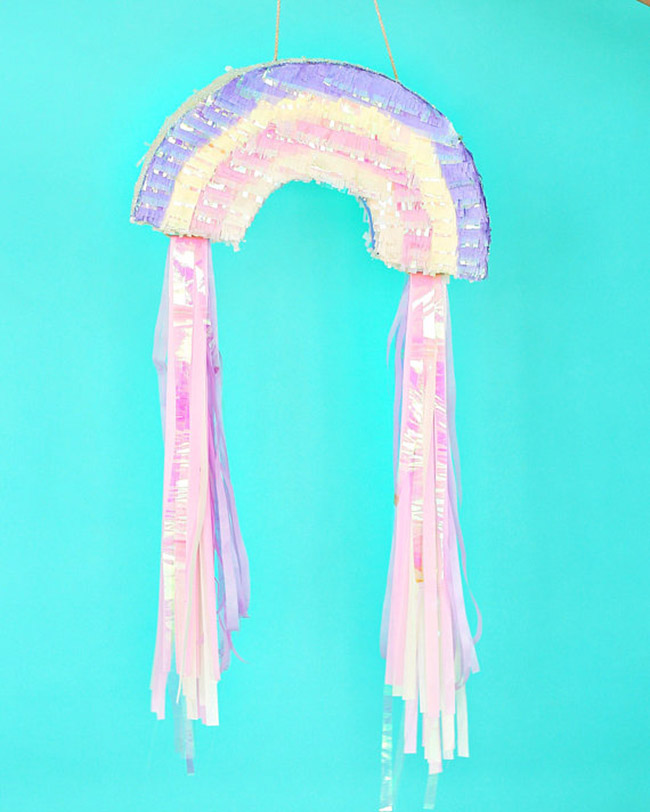 {No party is complete without a Pinata! We love this iridescent rainbow one from Chin Chin decor on Etsy.} 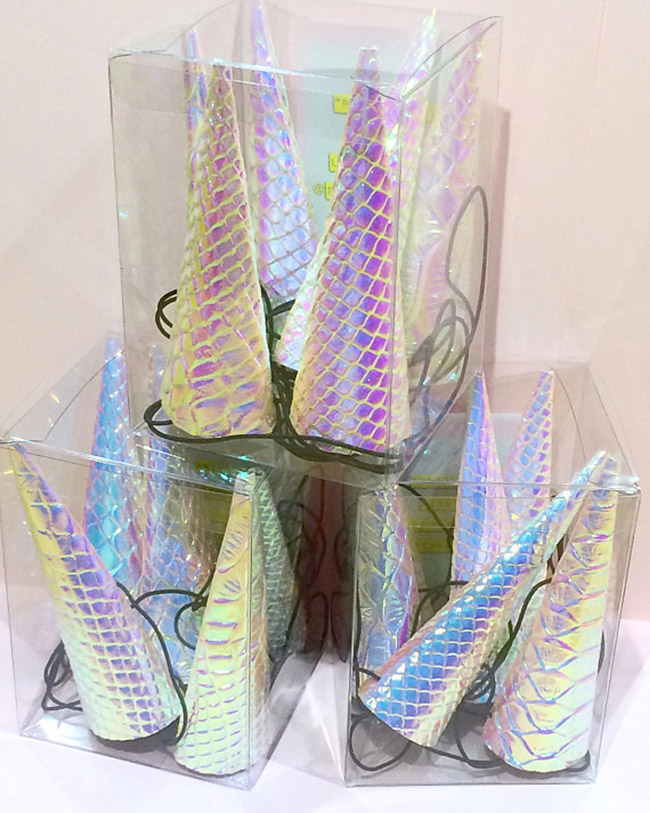 {These are a party must right?! What party isn’t complete with out unicorn horn hats?! Get these from Party Hat Designs on Etsy.} 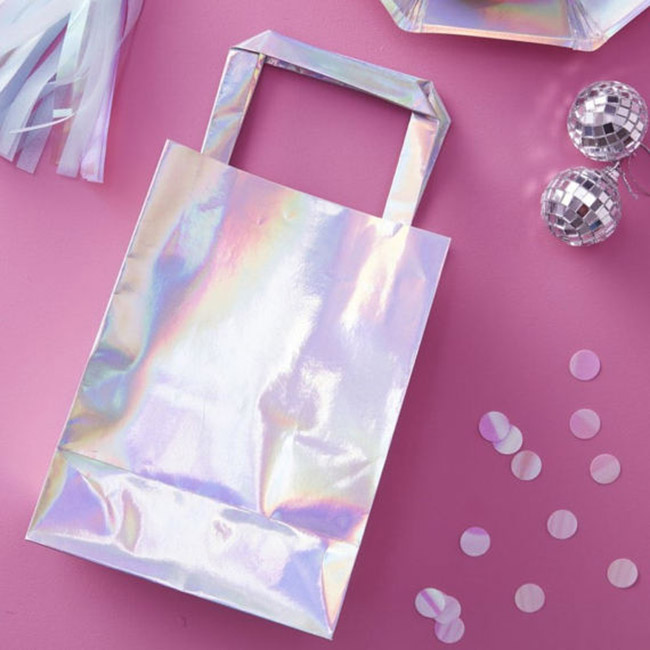 {Give your guests a little favor for attending your iridescent holographic party with these amazing iridescent favor bags! Get them from by Joessa on Etsy.}